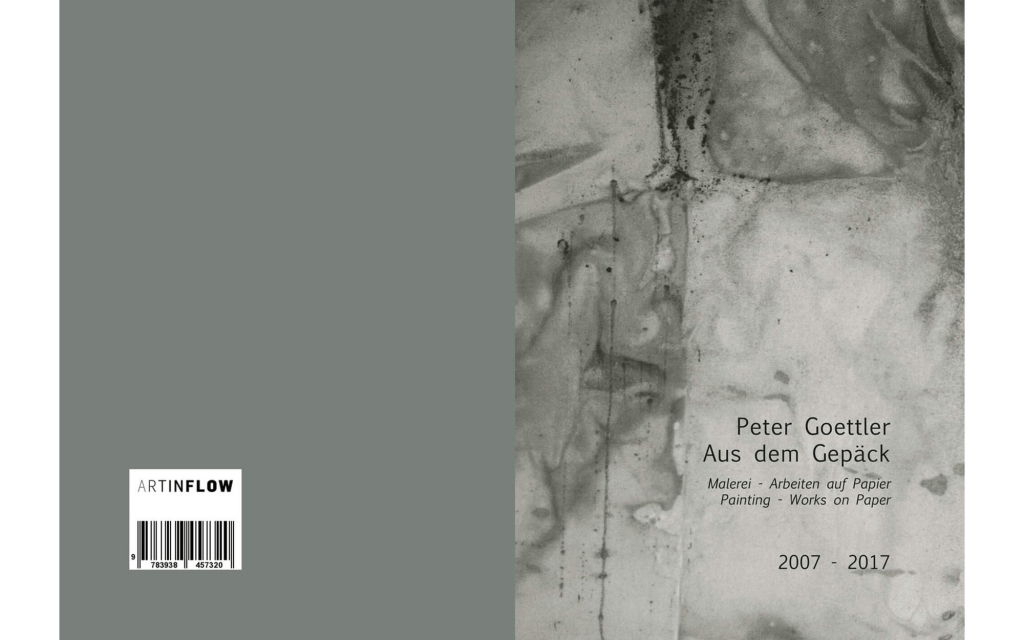 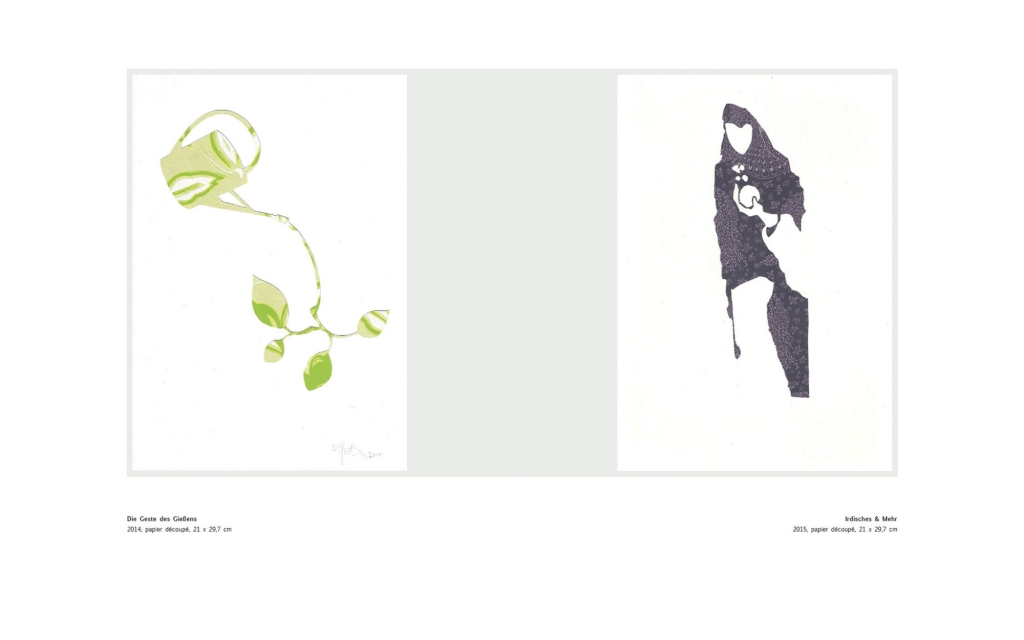 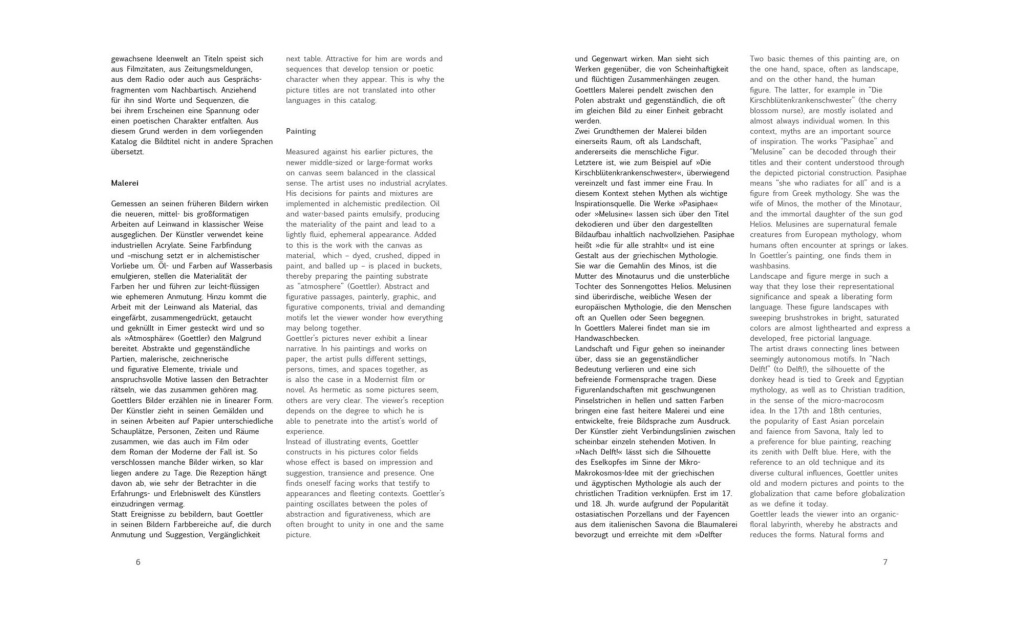 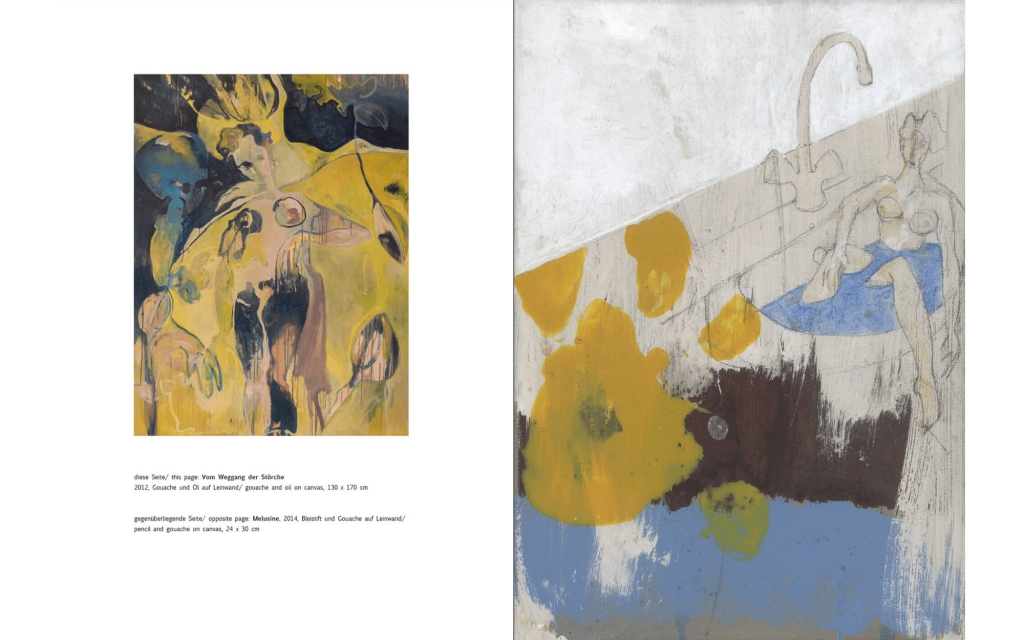 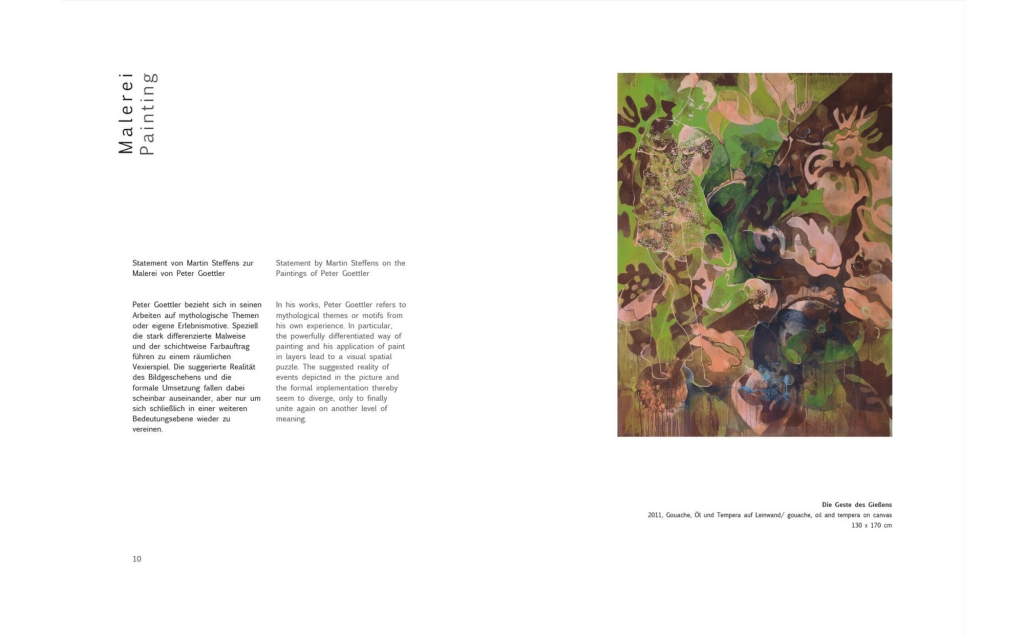 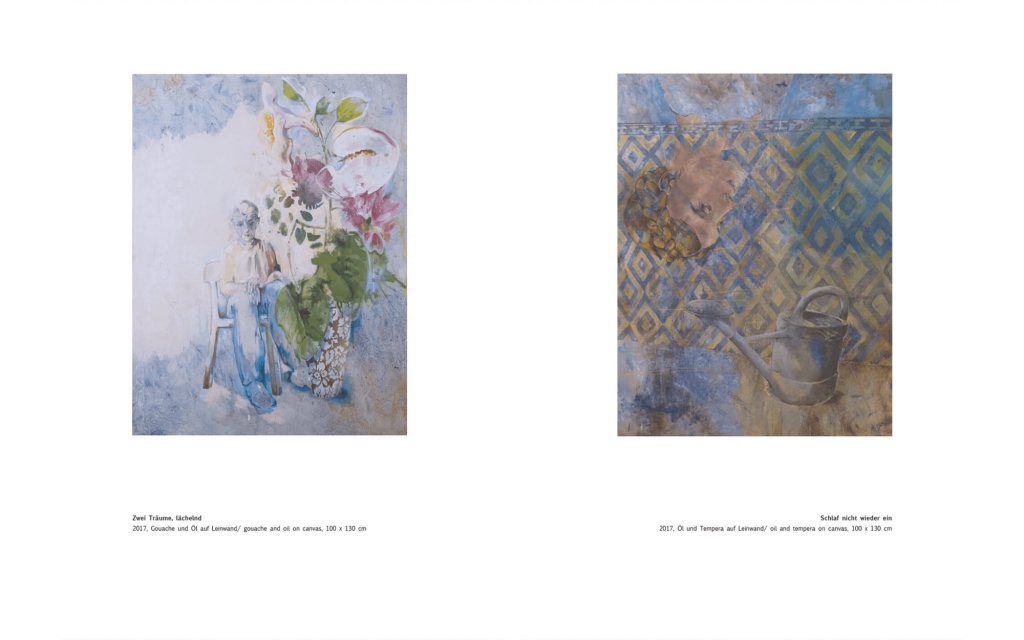 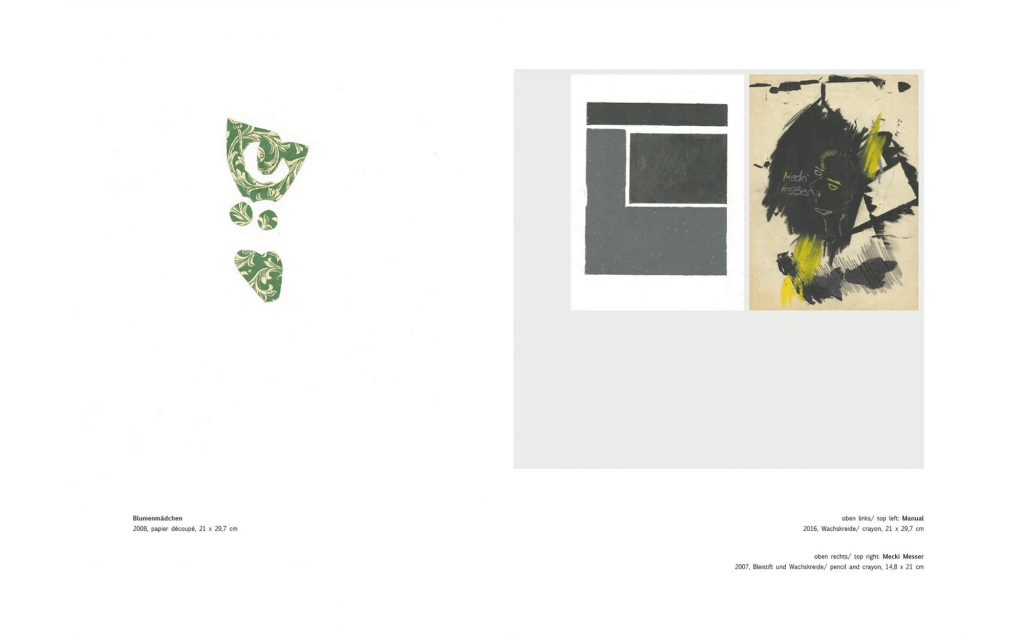 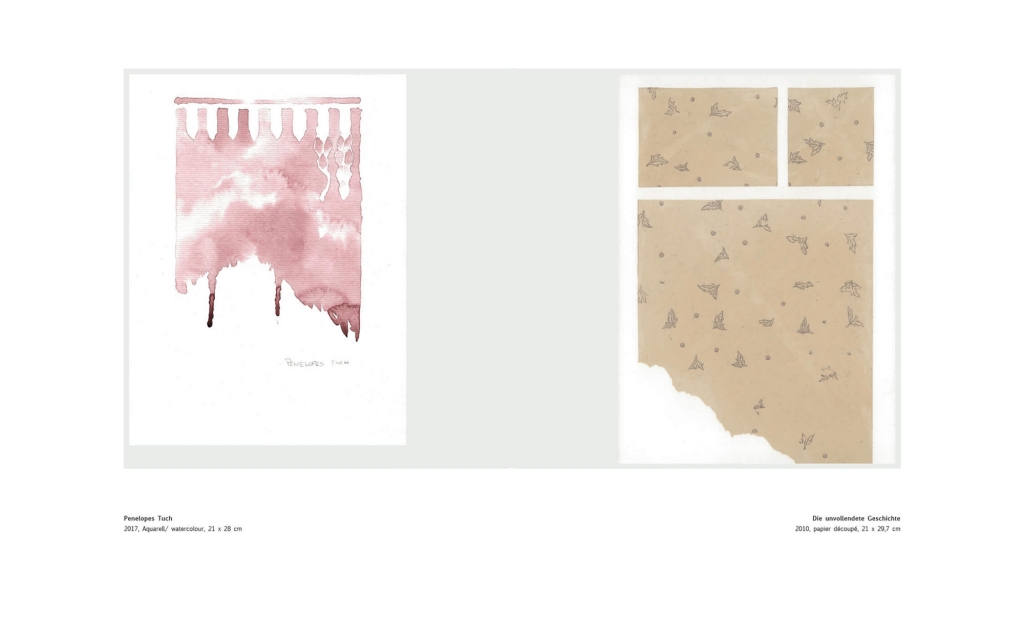 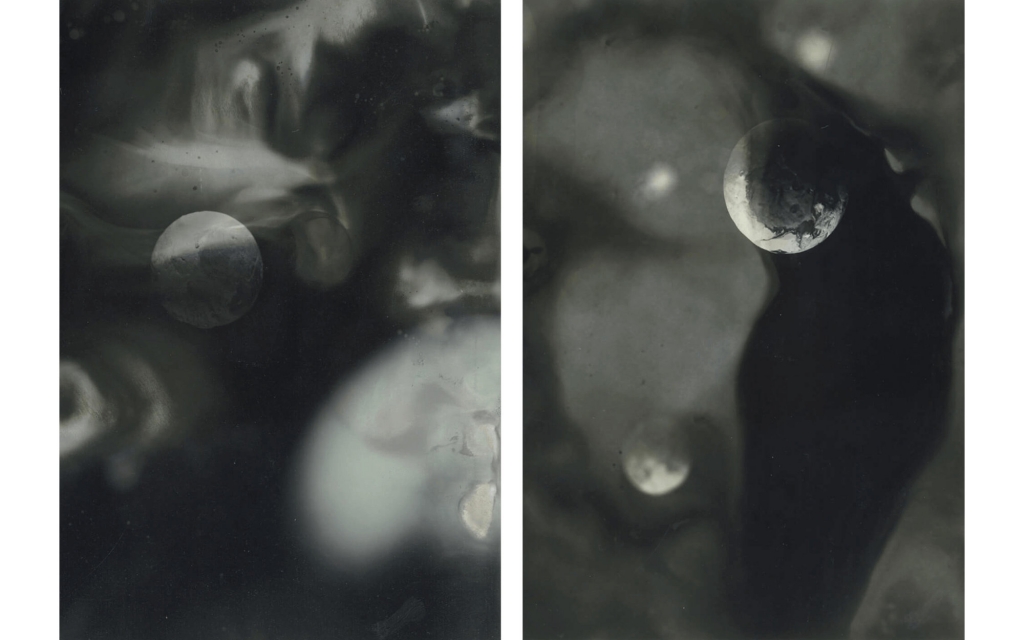 Peter Goettler’s pictures never exhibit a linear narrative. In his paintings and works on paper, the artist pulls different settings, persons, times, and spaces together, as is also the case in a Modernist film or novel. As hermetic as some pictures seem, others are very clear. The viewer’s reception depends on the degree to which he is able to penetrate into the artist’s world of experience.

Instead of illustrating events, Goettler constructs in his pictures color fields whose effect is based on impression and suggestion, transience and presence. One finds oneself facing works that testify to appearances and fleeting contexts. Goettler’s painting oscillates between the poles of abstraction and figurativeness, which are often brought to unity in one and the same picture. The catalogue with the title »Aus dem Gepäck« shows a selection of paintings and works on paper from the period 2007 to 2017.

Further information can be found at Peter Goettler.