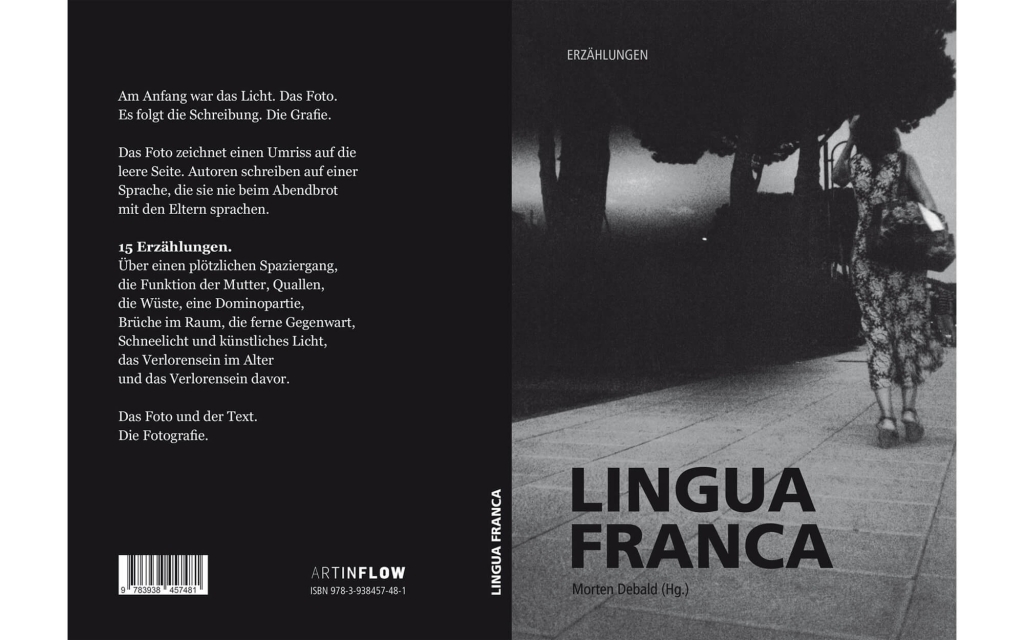 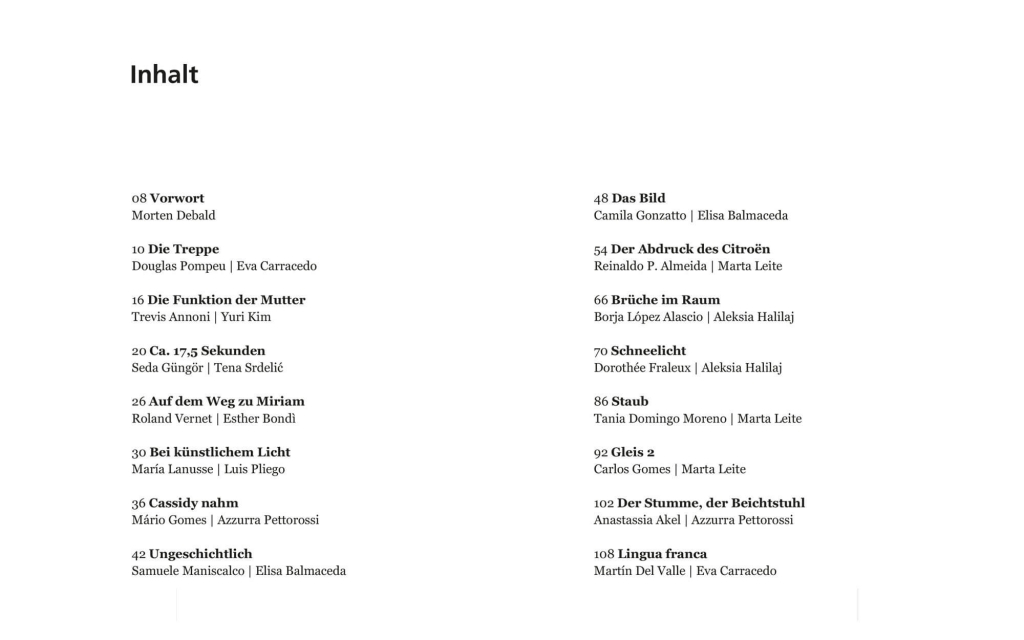 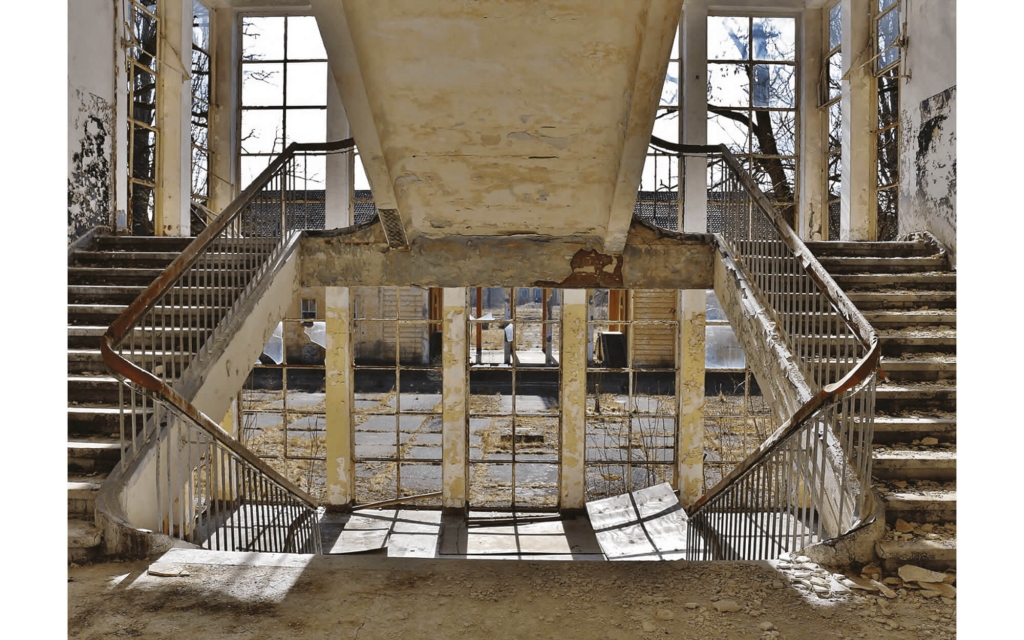 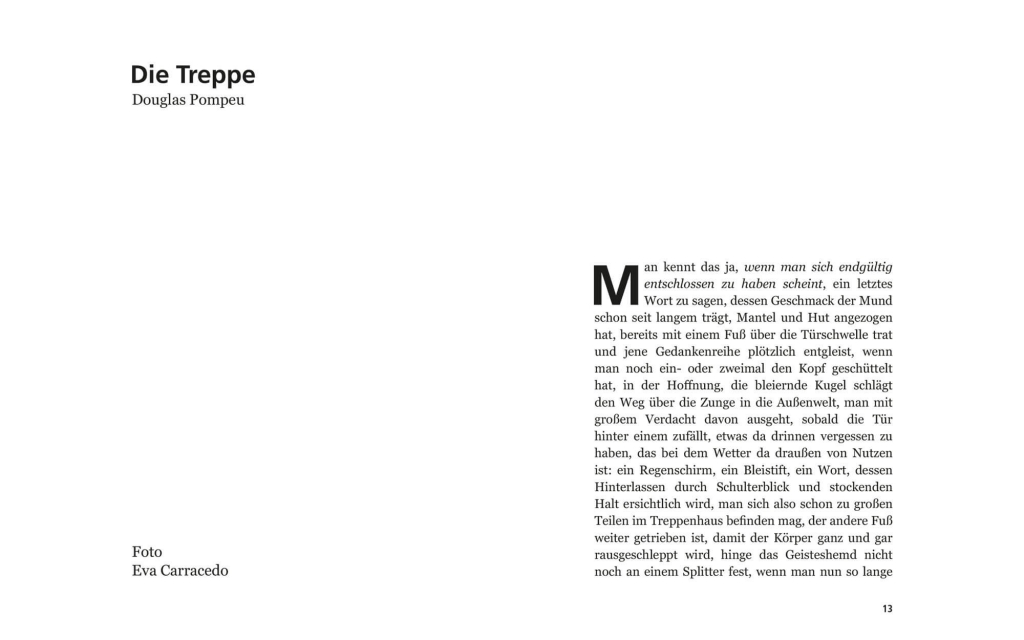 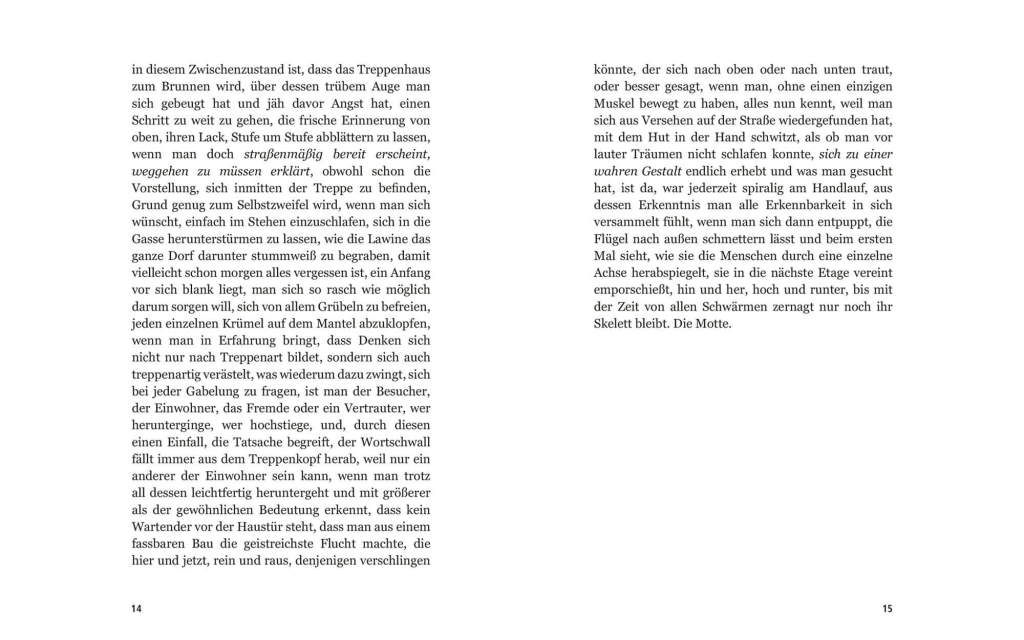 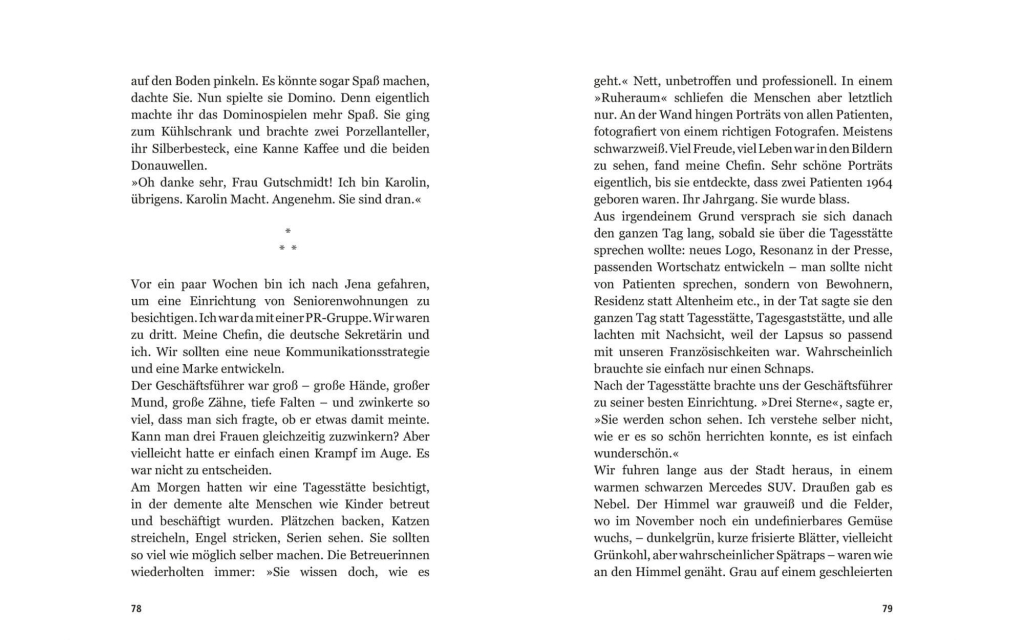 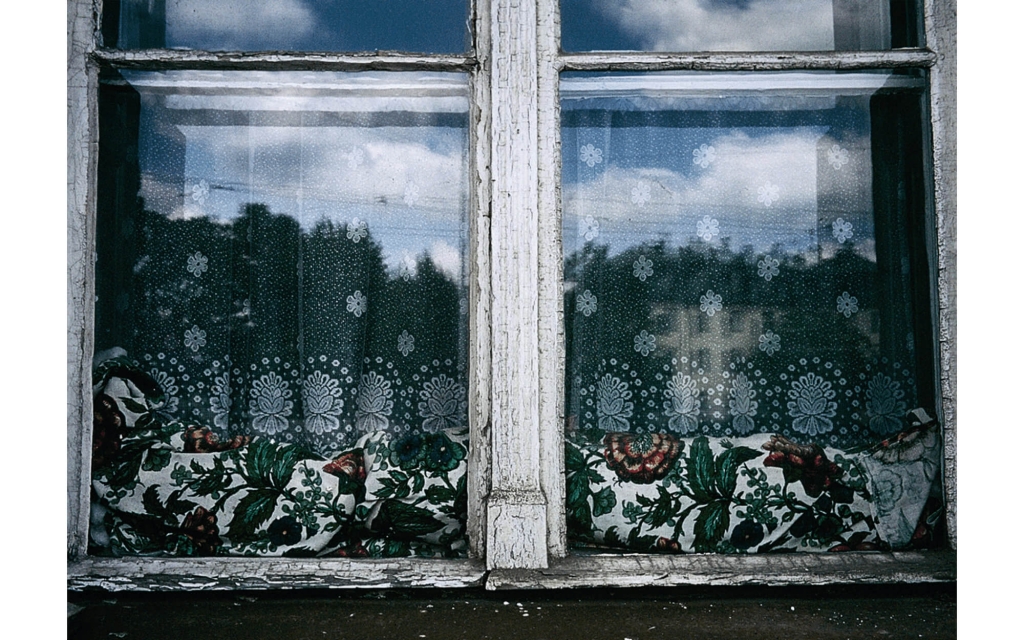 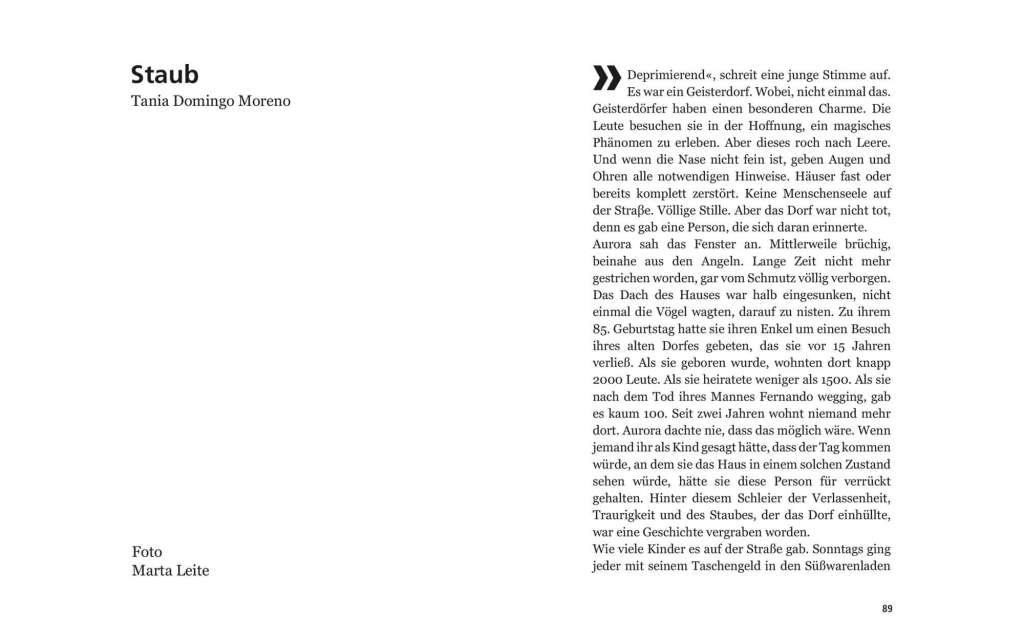 Have a look at the book teaser for a visual sneak preview.

Sometimes non-native speakers, when expressing themselves in a language other than their own, come up with the most striking phrases and linguistic curiosities. It is this idiosyncratic way with words – often groundlessly taken to be incorrect – that Morten Debald is most interested in. For his anthology he gathered the work of fifteen foreign-language authors and nine foreign photographers. The starting point for each story is the photograph. Photography can be seen as a lingua franca in itself, a neutral space in which nobody has the rule over the language. For language philosophers like Morten Debald association is a mechanism underlying all poetic speech.

Lingua Franca (from the Italian for »Franconian language«) refers to a commercial language which was used up until the 19th century on the south and east coast of the Mediterranean. It originated from a variation of Italian which had been enriched by a great number of words taken from Arabic, French, Greek, Spanish and Turkish. In this way, the Lingua Franca enabled people with different native languages to communicate with each other.