Skip to content
View cart “I Repeat Myself When Under Stress” has been added to your cart.
🔍 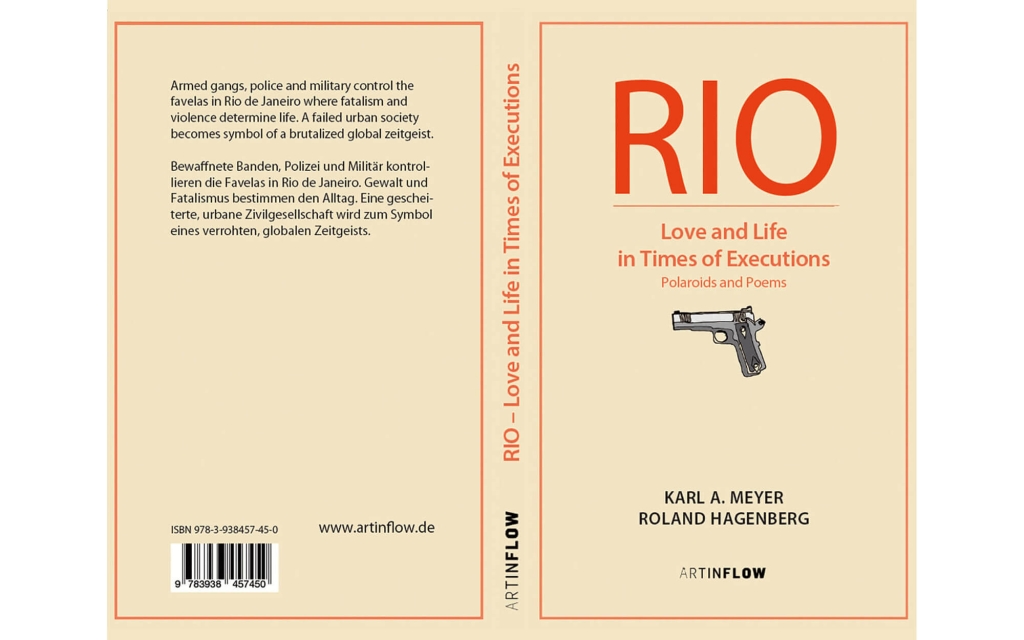 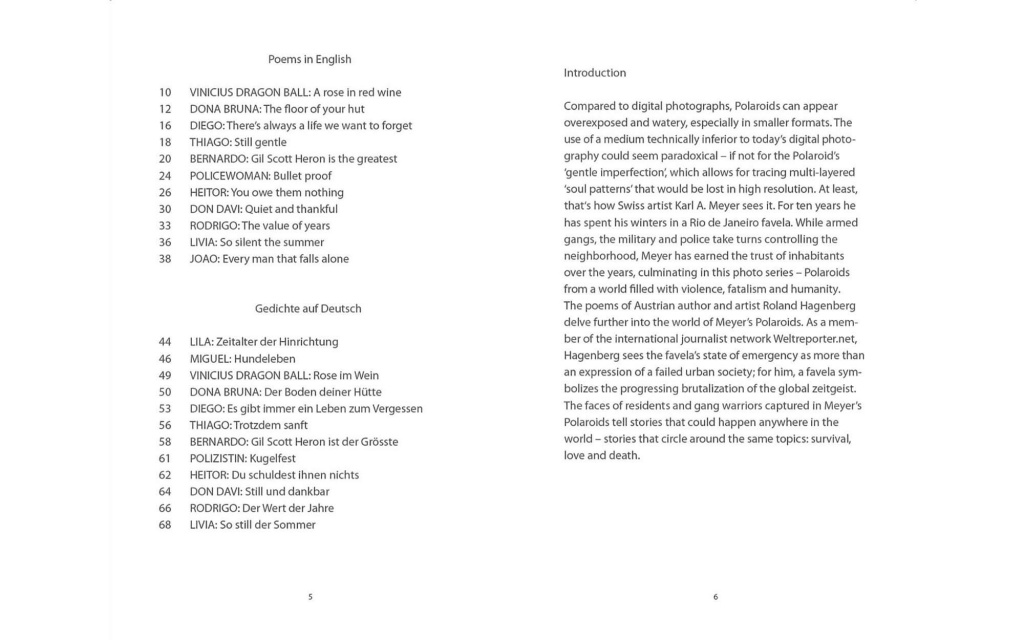 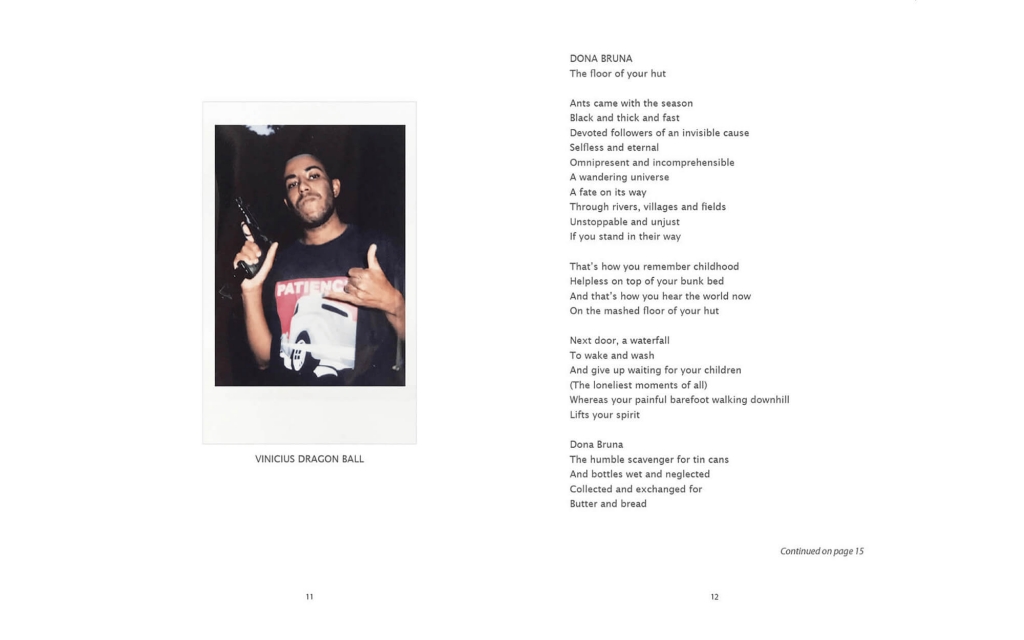 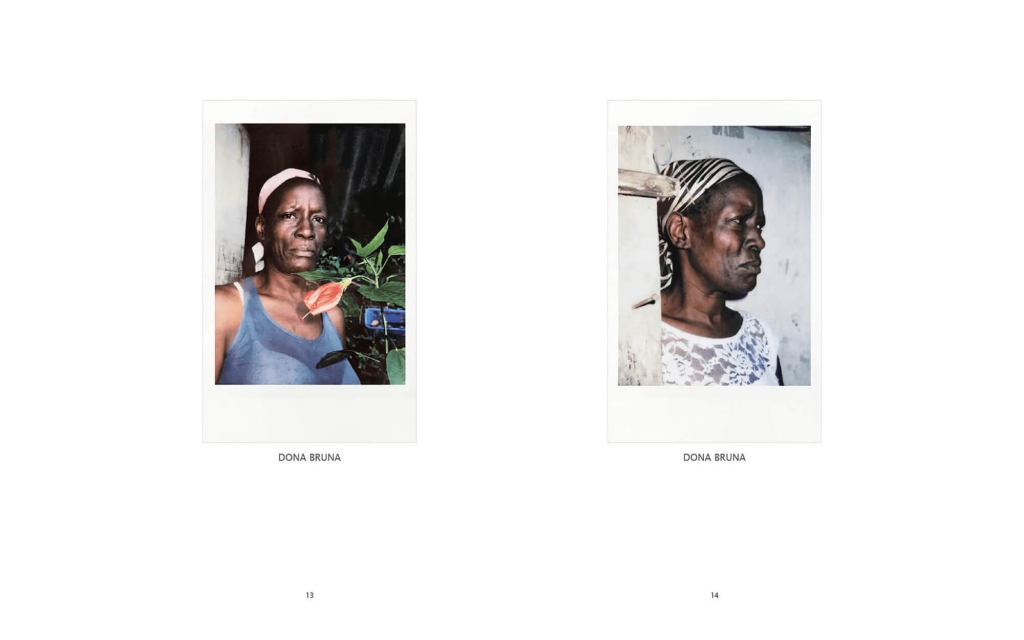 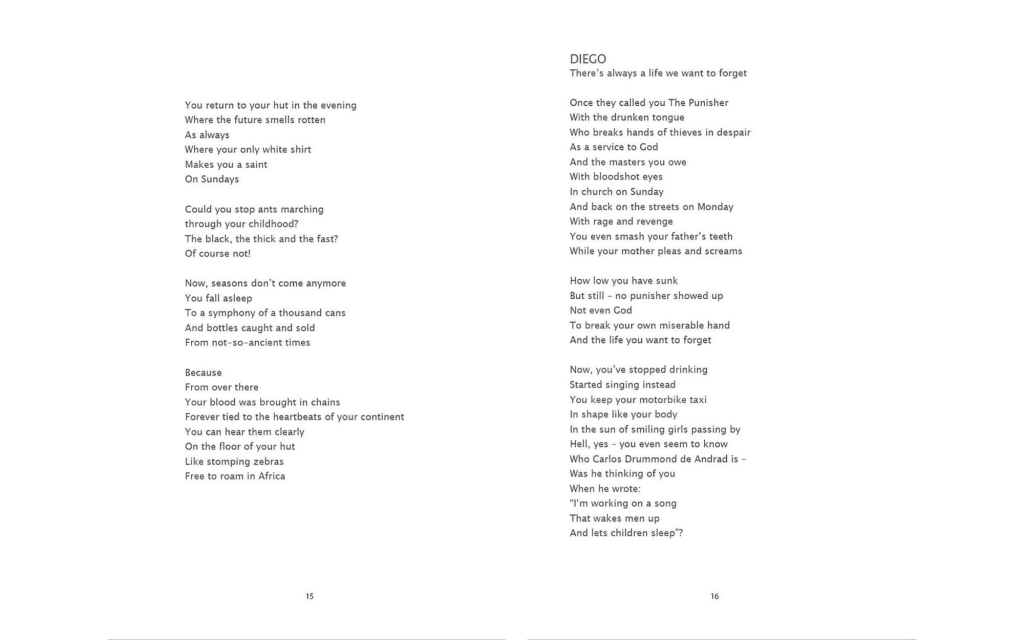 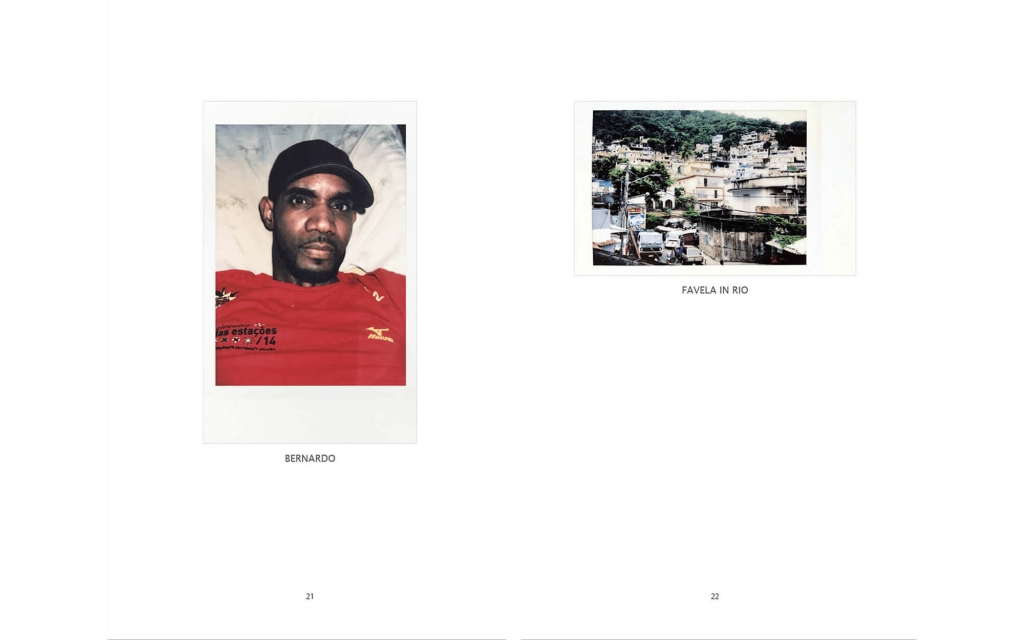 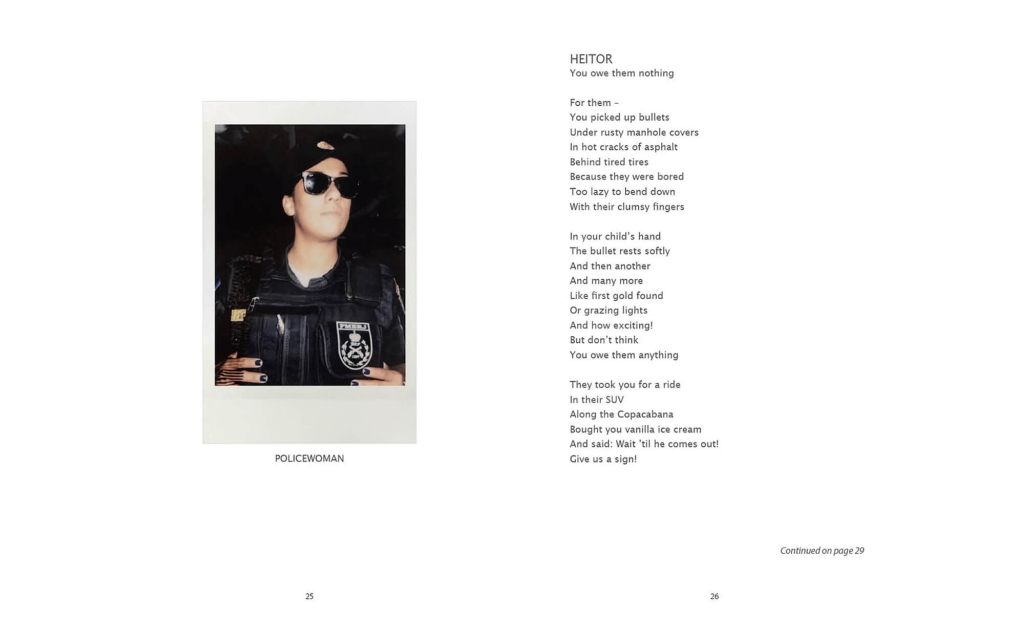 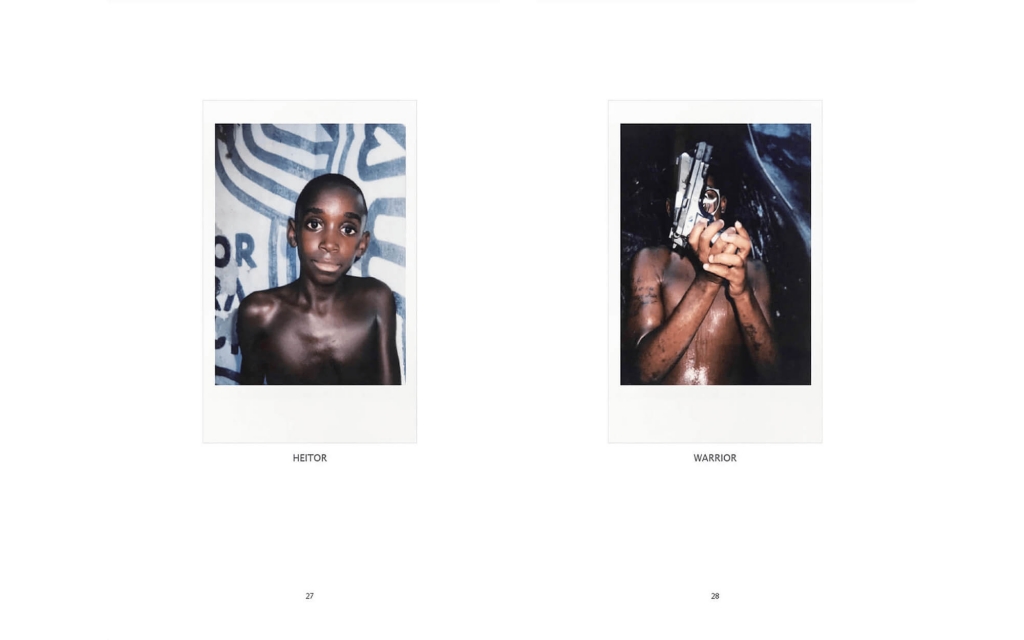 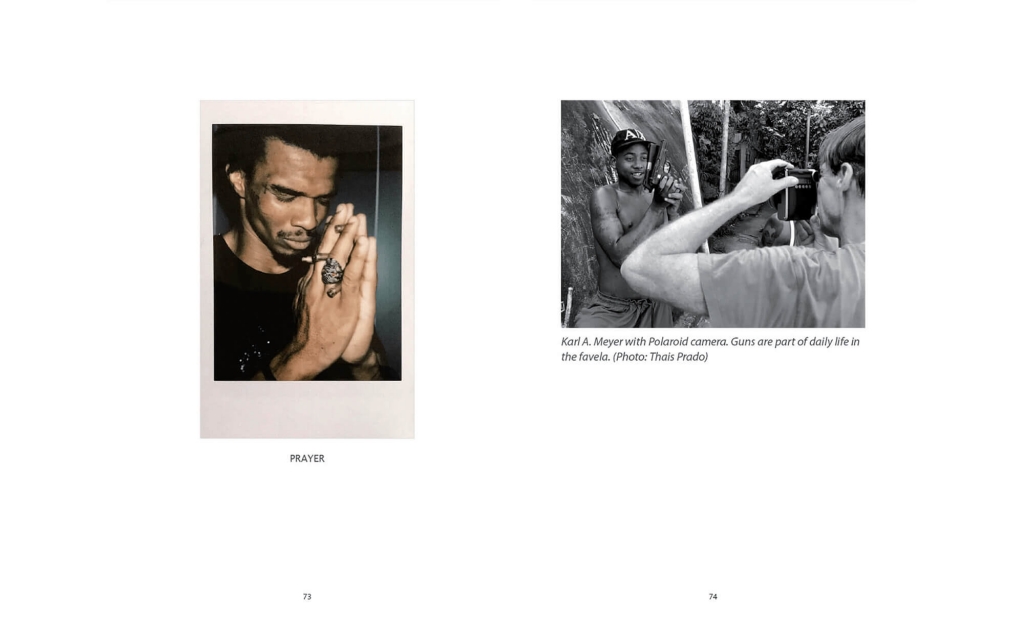 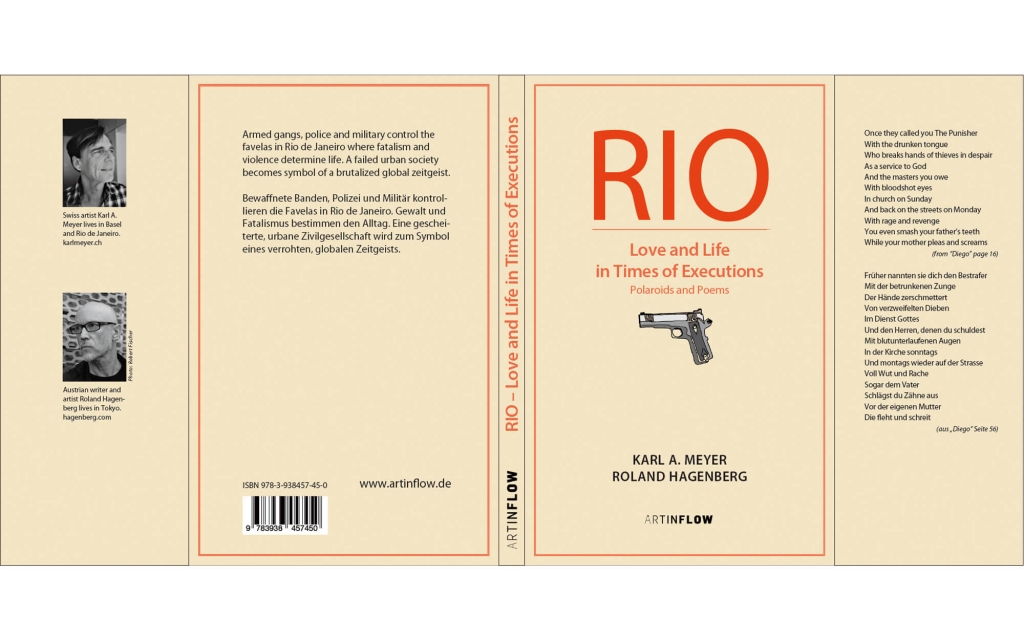 RIO. Love and Life in Times of Executions.

Here you can see a small book teaser or hear Poem samples from the book on soundcloud.

Swiss artist Karl A. Meyer began his artistic career in 1979 with drawings and large-format woodcuts in New York, where he lived and worked for 15 years. The past ten years he spent his winter months in a favela in Rio de Janeiro. It took time until the residents accepted and trusted Meyer and his Polaroid camera. The technical possibilities of this medium are limited compared to traditional photography with its aperture selection and exposure time. Polaroids are unique, not replicable and characterized by soft transitions. Their aesthetics rely on surprising coincidences and the imperfect.

Viennese author and multimedia artist Roland Hagenberg has been living in Japan for 25 years. He writes for magazines such as Vogue and Architectural Digest, documented New York’s art world in the ’80s, and interviewed and photographed artists such as Andy Warhol, Robert Mapplethorpe, Keith Haring, Louise Bourgeois, and Jean-Michel Basquiat. His various projects encompass film, theater and architectural projects with Japanese architects. Hagenberg’s poems are characterized by stylistic lightness and a playful language that celebrates life and its finiteness. Further information can be found at Roland Hagenberg, Karl A. Meyer and kaleidoskoprio.